Since starting to sort our collections, I have tried to discover as much as possible about the origins of stamp collecting and the people involved.  Recently I attended a talk at the Highway Philatelic Club in Pinetown, South Africa.  The subject was Sir Rowland Hill, the talk was given by the grandson of his son.  I had never realised what a versatile person he was.  For this reason I decided to write this article to share with our readers just how talented this man was.

Sir Rowland Hill was born in 1795 and after achieving many landmarks in his career, died at 83.

First and foremost he was a teacher. When he was 12 years old, he became a student teacher at his father’s school where he taught astronomy and repaired scientific instruments to earn extra money. In his spare time he painted as well.  When he was older he moved his father’s school from central Birmingham to a more affluent area of the city.  Some of the innovations of the new school were a swimming pool and a science laboratory. He changed pre-conceived ideas of discipline in schools, advocating kindness, not caning, and moral influence rather than fear.  Science was a compulsory subject. His school gained international fame and a branch of the school was established in Tottenham, London.

Secondly, he was a philosopher, serving as secretary of the South Australian Colonization Commission which successfully established a settlement of what is today Adelaide.  The colony would embody the ideals of British society and even his sister and her family emigrated to South Australia in 1850. 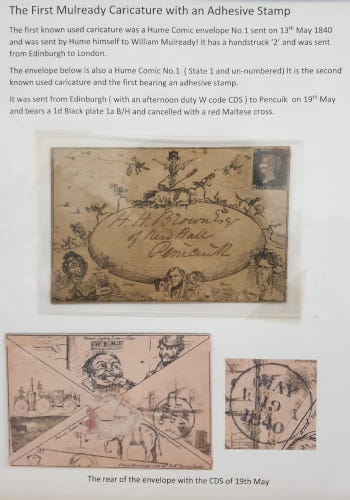 His third serious interest was in postal reform.  To be blunt, the postal system of the 1830’s was poor – mismanaged, wasteful, expensive and slow. At the time postage was to be paid by the recipient and often the people were too poor to accept delivery of letters.  Sir Rowland’s contribution included postage being paid by the sender. His ideas were denounced by the Postmaster, but by 1838 he was given permission to run his new system for 2 years.  By 1840 the volume of internal correspondence had increased by 120%.  Prepaid letter sheets were also available, but were not very popular.  As a result there are many copies which were widely satirised and they were eventually withdrawn.

Sir Rowland definitely contributed to the world’s first adhesive stamps being distributed in 1840.  He was dismissed from the Post Office in 1842.  I was unable to find out exactly why. The Post Office’s loss was the London and Brighton Railways’s gain where he was appointed Director and Chairman of the Board from 1843 to 1846.  His contribution was to lower fares, expand routes, offer special excursion trains and generally make train travel more comfortable.

At the time Sir Rowland was involved with the railways, times at different stations were different, so that the arrival or departure time of a train was never sure, varying from station to station.  As a result of his involvement Greenwich Mean Time was first adopted by die Railway Clearing House in 1847, then by other railway companies the next year and eventually in 1880 GMT was legally adopted throughout Great Britain.

In 1844 he became part of the Political Economy Club which consisted of powerful businessmen and political figures.  Their ideas were the basis for proportional voting which was introduced in Adelaide in South Australia where Sir Rowland was involved. 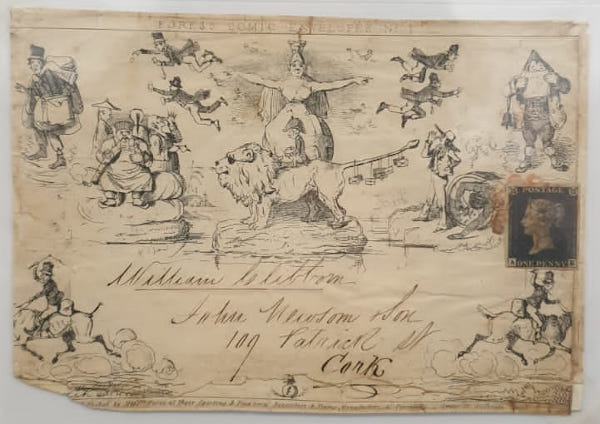 Sir Rowland was buried in 1879 at Westminster Abbey and there is a memorial to him on the family grave in Highgate Cemetery.  Streets are named after him in Haverstock and Tottenham (where his schools were situated) and a Royal Society of Arts blue plaque (unveiled in 1893) commemorates Sir Rowland at the Royal Free Hospital in Hampstead.

I thoroughly enjoyed the talk I attended about Sir Rowland and feel that I also benefited by learning about the activities of this seriously talented man.