The Republic of Maldives is an island country situated in the Arabian Sea south west of India and Sri Lanka.  There are more than 1000 islands of which only about 200 are inhabited.  The capital is Malé situated on “King’s Island” because of its central position in the islands.

The country became a British Protectorate in 1887, but achieved independence in 1965.  Since then the country has experienced the challenge of political instability as well as that posed by climate change. Tourism and fishing are the main sources of income.  The country was part of the British Commonwealth from 1982 until 2016 when it chose to withdraw as a result of global criticism in regard to human rights and corruption. 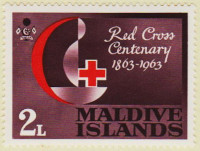 Signs of the Zodiac Series