Why do people collect stuff?

My grandad was an inveterate stamp collector.  As a child I remember him spending his time soaking and sorting stamps.  Why?  I never really thought about it.  When I inherited his collection , it went into a cupboard and over the last 50 years, the boxes have moved along with me, and since I got married, my husband began taking an interest in the collection as well as the collection he had inherited from his Dad who was also born in the 19th century.

But I asked myself?  Why collect?

Our ancestors accumulated scarce objects without realising that these objects would be handed down to their offspring.  Perhaps serious collectors have a “genetic defect” *, but let’s think about it seriously, it may just be the thought that you may hit the jackpot and find something that is really worthwhile. (Image of collection of bras)

Let’s think about what happens when you are collecting.  Here I am going to add personal comments how the hobby of stamp collecting has affected my and my husband’s lives.

You are gaining knowledge about your subject. 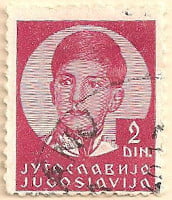 When I was at school I hated history.  Now, when going through stamps, e.g. I came across stamps of Peter the boy king of Yugoslavia **who became king at age 11.  I “googled” him and discovered that at age 11, his father was assassinated and that is why he became king.  He died at a very young age and because of technology, with a touch of the keyboard, we are able to look into his life and discover that after he was forced into exile (at age 21), he tried to live a normal life (married and had a son), but he couldn’t handle what had happened.  He suffered from depression and alcoholism and died at the young age of 47.

There are many examples of how the image on a stamp can be the catalyst to knowledge. I feel I have to share with you the story of Queen Wilhelmina of the Netherlands. 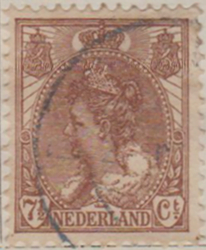 On the death of her father, she became queen at age 10 under the regency of her mother. (Image 176 G496) She accepted and grew into her position. She took charge of the government, maintained Dutch neutrality during the 1st World War and solved many of her country’s problems.  What many don’t know is that by the middle of the 1920’s, her business involvements funded partly by her inheritance,  had made her the first female billionaire (in dollars) in the world.  Quite a feat!  During the 1920’s and 1930’s the Netherlands began to emerge as an industrial power (with the help of the Queen’s own money).

These are just two examples of how an image on a stamp can be a catalyst to furthering your general knowledge, something that is sadly lacking in the modern world of today.

In the process you are relaxing and reducing your stress levels.

We have been sorting my grandad’s and my husband’s father’s stamp collections since we retired 5 years ago.  When we first started, there was not much time because of our other commitments, but since Covid, what a pleasure.  At first we were upset that we had to stay home, but now we are happy to spend hours every day on our hobby.

You are meeting people with the same interest.

As we get older, we tend to be happy with our own company.  Now there Is a further reason to interact with others.  Our local stamp club meets once a month and after almost a year of no meetings, it seems things are slowly getting back to normal.  Last month was the first meeting since March last year. What a joy to connect with people who have the same interests and be able to discuss the subject.

Maybe you are adding value to your “estate”

Although it seems that we have many valuable stamps, that is not our primary concern. We are just having fun, sorting the stamps, placing them on the website my son created, learning about philately and meeting new friends.

Never mind adding to the value of your “estate”.  How about adding to the value of your life, your interests, your knowledge, everything that is “you”.  When we really started sorting our stamp collections, we knew nothing.  With our son’s assistance, we developed a plan. Create a website and when the stamps are in some sort of order, put the stamps on the website for others to enjoy as well.  In the process, we realised that philately is not only about individual stamps.  It is also about 1st Day Covers and other covers, it is also about strips and blocks of stamps.  There is a difference between a new stamp with a hinge and one without a hinge.  What is a hinge?  What is a stamp in mint condition?  As we are getting older, we are getting wiser, especially in relation to our hobby.  And what we don’t yet know, we are learning.  And thanks to Google, it is unbelievable what knowledge is out there that is available to us.  Whether you have ever thought about stamps as a hobby or not, let me tell you, it is THE most all-encompassing hobby you can imagine.

If you are a collector, enjoy whatever you are collecting and use the opportunity to grow and improve your mind.  That is the joy of being a collector.  You don’t have to stop, you don’t have to explain to others why you are doing it, just DO. 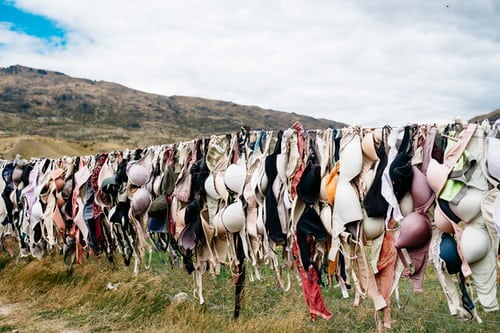 I think I have just touched on the tip of the iceberg as far as the reasons for collecting are concerned.  However I hope that this has given you some food for thought and also a reason to collect whatever you are collecting, despite the looks or unspoken comments of the younger generations, implying that you are wasting your time.